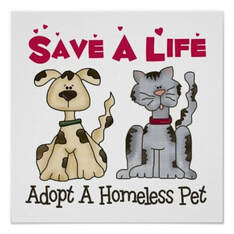 We want you to know that your donations or adoptions will help us provide care, love, and more spaces for homeless dogs and cats, all of whom you can see on the pages of this website. It's easy and safe to do, and only takes a minute of your time. Just click on our Donate button, at right. Thank you!

Each one of these special dogs is deserving of a forever, happy home. We will gladly help you find your new best, furry friend!
Call Marilyn, our Dog Adoptions Coordinator:  626-358-3726 or email ﻿﻿info@lifelineforpets.org﻿﻿
She will be happy to talk with you about our dogs!
NOTE: Due to the loss of our long time boarding kennel, we currently are not accepting more dogs. However, our dog coordinator, Marilyn, is always happy to help answer your questions about rehoming your dog, or provide assistance in helping you adopt a dog.

"There's so much tragedy in the world.
But rescue dogs bring so much love and heal so many people."
--Selma Blair

When a kind man was walking his own dog, these two ran up to them. They were very friendly and wanted to play. But, due to the fact that they seemed to have been roaming the streets for awhile, and would run out into the street, and cold nights coming, the man decided to take them home with him and look for their home. He posted on NextDoor and took them to a vet to check for a microchip. They were not wearing collars or tags and were not chipped. No one has yet responded on ND, so the man reached out to us. He says, " They are both extremely human-friendly. I believe they would be perfect dogs for a family with children. Tina, the smaller one with more white on her face, is also quite friendly with other dogs. Tino, perhaps being protective of Tina, is mildly aggressive towards other male dogs. I do not know what they are like with cats. Likely, they will chase. Their energy is medium to high. They will calm down nicely, however, with some ball throwing.
They will require training, though they seem like quick learners. They have no idea, for example, what a leash is. They "drop" on the floor when presented with one. They are jumpers as well. I have worked with them on this the most. They seem to be house-broken, however, Tino is a marker. Curbing that behavior is priority one, in my opinion. Tina is a dream. She's kinda "ready to go", save for the leash training. They display absolutely zero food aggression. You can pet them as they eat. They want LOVE and kindly ask to be held and pet. Tina displays a curious fascination with television. They will clean up nicely with a bath and a grooming. Super cute pair, always playing and wrestling with each other! It would be amazing if they could be placed together." Lifeline for Pets will assist in vet care and grooming prior to adoption. Their foster (the kind man) is working with Tino on his marking and with Tina on leash training, and with both on jumping.

An adorable pair! They are just the sweetest, most affectionate doggies ever! Sadly, their lives must now change. Their daddy passed away, and their mommy has to go into assisted living but they can't go with her. Since "the sun rises and sets in each other," it will help them tremendously if they can stay together in a loving home. Charlie is probably a white lab mix. He's about 30 lbs and has a perpetual smile. Harry is a mixed small chihuahua. They've both been around cats ever since they were adopted. Please call numbers shown to learn more. Let's get them in a happy home ASAP! 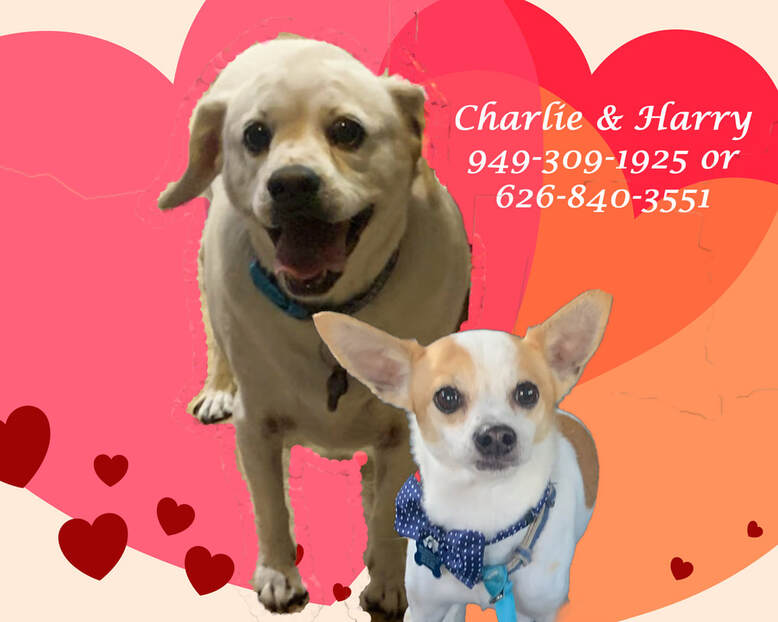 Some adorable doggies are currently available from Monrovia rescue,
"For the Love of Animals Dog & Cat Rescue," flarescue.org, 626-524-1939. Call them directly or visit their website regarding information and their adoption policy.