Our lovable girl Cricket…, with the big personality !!
She is very affectionate, friendly, full of spunk, and also quite playful.  Cricket is a little smarty-pants too, a very alert and intelligent kitty.  She loves to talk to you, and tell you what’s on her mind!  She enjoys chasing little bouncy balls, and then will jump into a cat tree and play a game, “catch me if you can, come pet me, while I squirm around happy as a clam, just soaking up your love & attention."  She can be a little rascal at times, but in a cute way.  Cricket has a sleek athletic body, like a mini panther, with her shiny & silky black colored fur. She does fine with other cats, but she loves to be No. 1.  However, she will settle in, just as she has with her fellow felines at our rescue.  Cricket is spayed, healthy, current on vaccines, and microchipped. 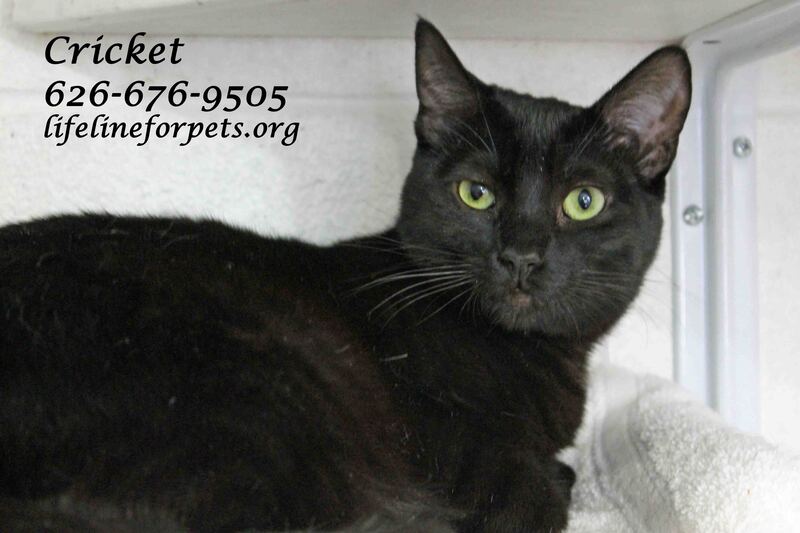 Mortika, or "Morti," is an absolute sweetie pie!  She is so friendly, and will always come out purring to everybody, even those she hasn’t even met. Yes, she loves everybody!
Her black and white longer fur, has adorable black patch patterns.  She has a cute little smudge of black coffee color on her nose, and over one eye a patch of black fur, which is why we call her our Little Love Bandit!
We're not sure about other cats, but she gets along great with the resident bunnies in her foster home!
If you would love a total sweetheart, one that lives to give love, purrs, and affection, then Morti is your girl! She's really quite "purr-fect!"
​Click the pics to see fully, and don't miss the video below to see Mortika, the Love Bug.

Adorable!  Bristol is a sweet, cute buff-colored orange tabby. He is curious, alert, and very playful! Might be a bit shy at first, but will come around quickly and be quite friendly. He isn't an immediate cuddler, but really likes to be pet and brushed. He races up and down the staircase, feet barely touching the floor, and launches himself across the living room to land on the red cushion in front of the picture window, where he enjoys watching the squirrel and bird show. Bristol learns quickly and is often ready to try new things. He loves his little torbie sister, London (aka Londi) and has eyes only for her, even if she growls when he plays too vigorously. However, she is an amazing huntress! Ever since she was a kitten she would attack that feather wand with gusto. She joins her brother in excursions throughout the condo, stalking the occasional insect unfortunate enough to enter, and engaging in madcap daily chases up and down the hallway. She loves to find high perches for safe lookouts and private naps.  It will take her a few months to get acclimated, but they both rely on each other.
Bristol demands first dibs on attention, toys and treats, then she strategically comes to her fosters later for some play and treats on her own time, while he naps.  She does this subtly, and always at arm's length, by approaching silently and placing herself nearby.  Londi is willing to sniff the backs of their hands briefly, by way of acknowledgment, and they regularly exchange "kitty kisses" across the room.
She has recently taken to sleeping in body-open positions, rather than staying tightly curled up and watchful.   Foster dad sometimes is even able to touch her neck surreptitiously, while handing her treats.  Otherwise,  Londi is still easily spooked by physical motion that is fast, unexpected, or too close for comfort. 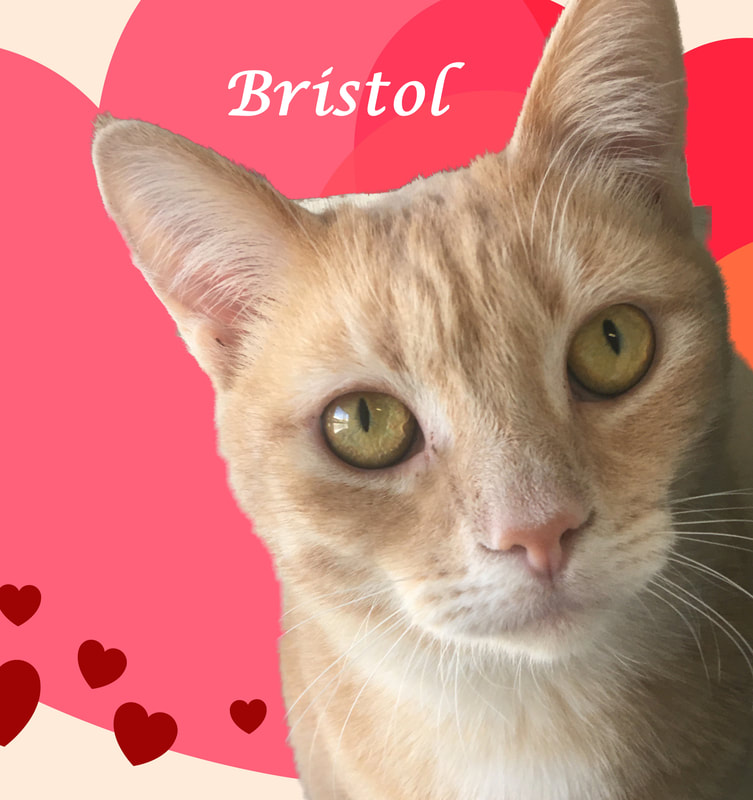 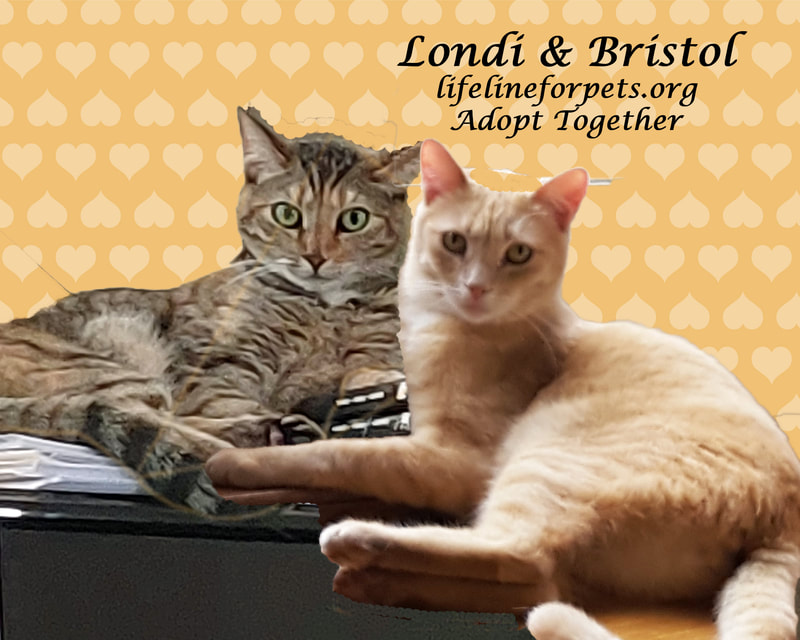 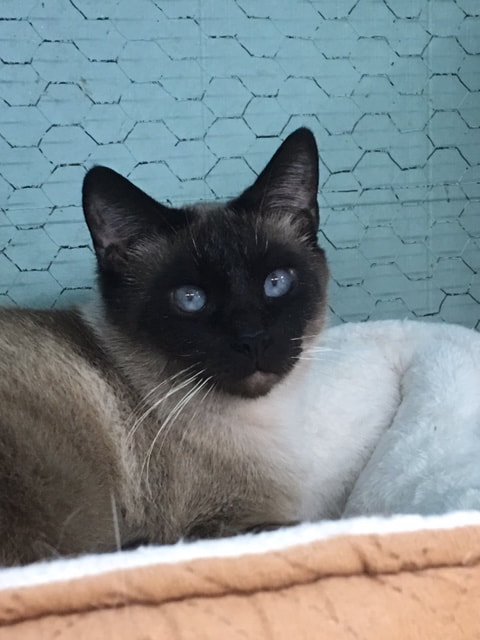 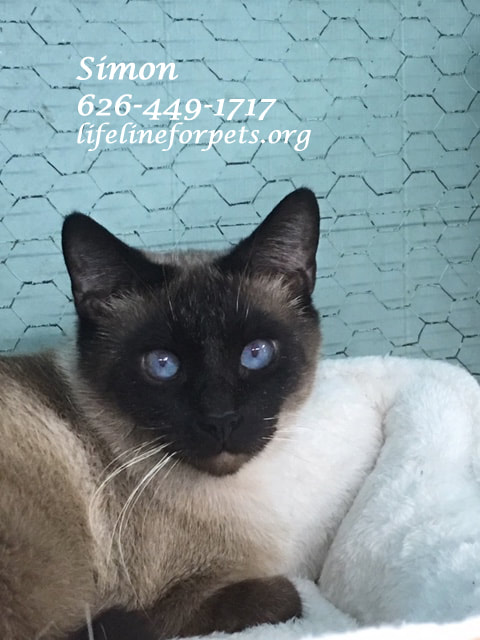 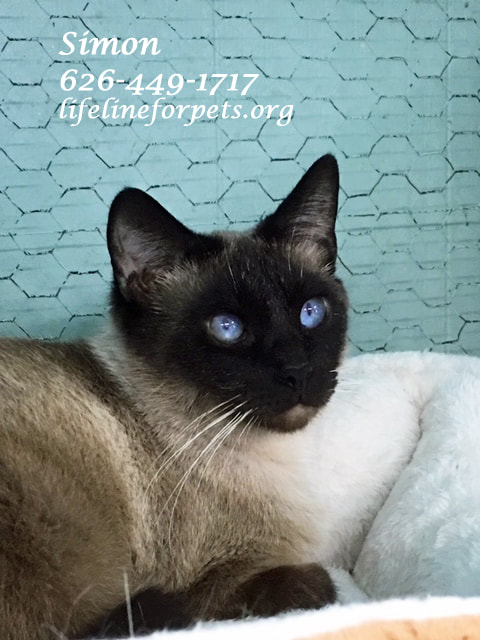 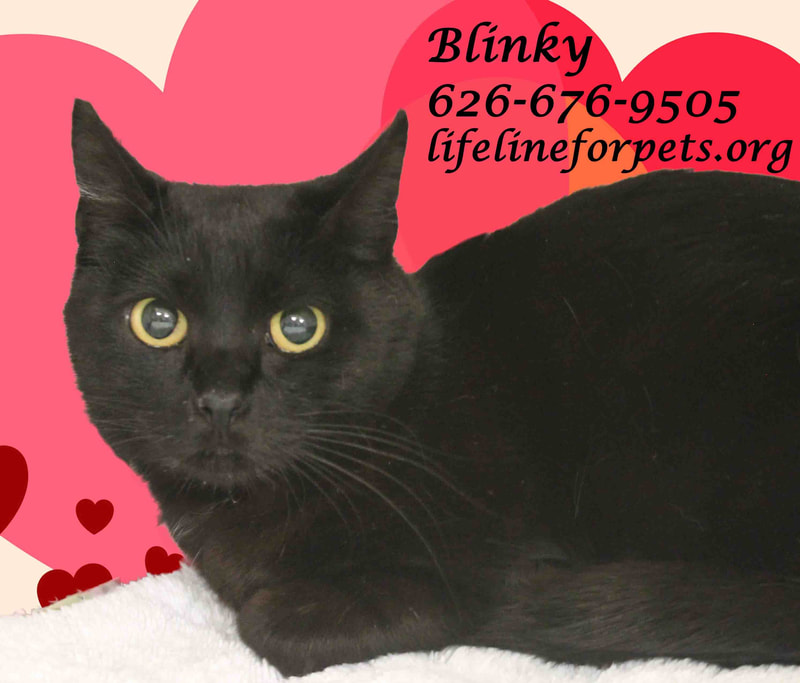 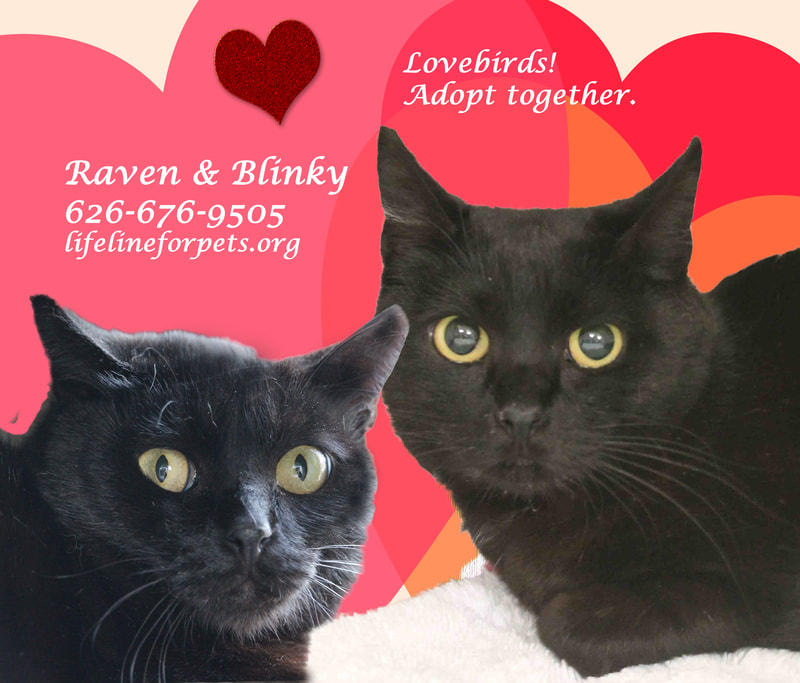 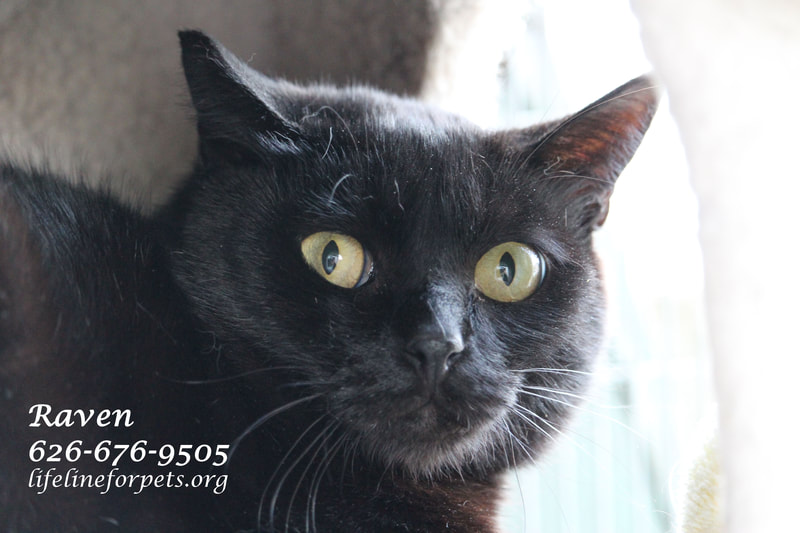 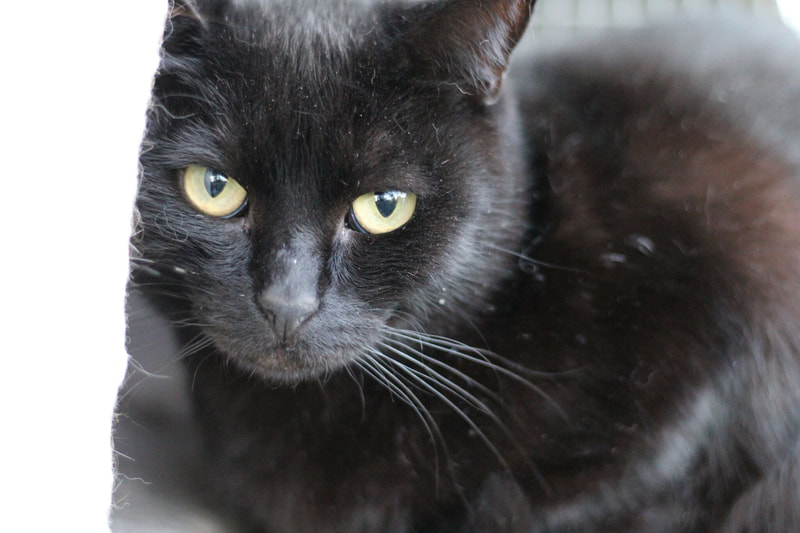 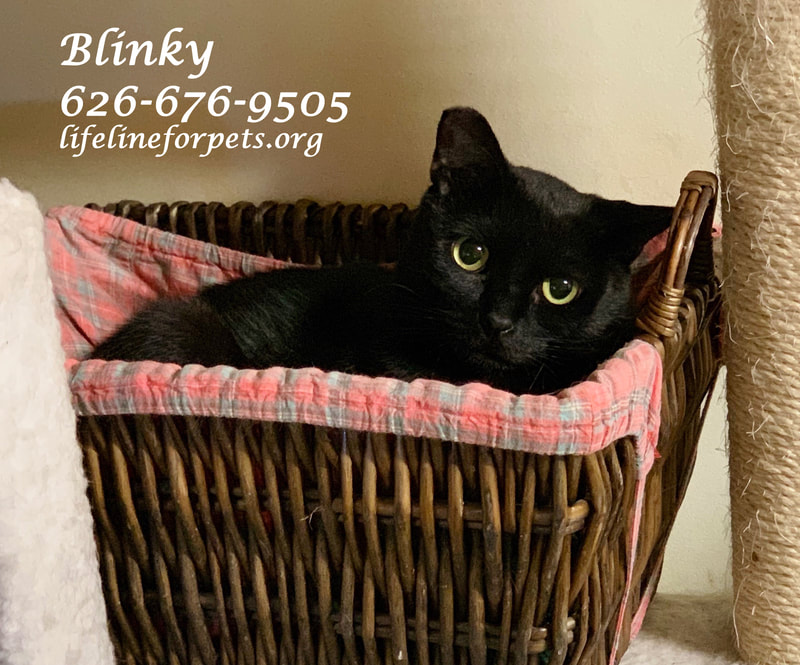 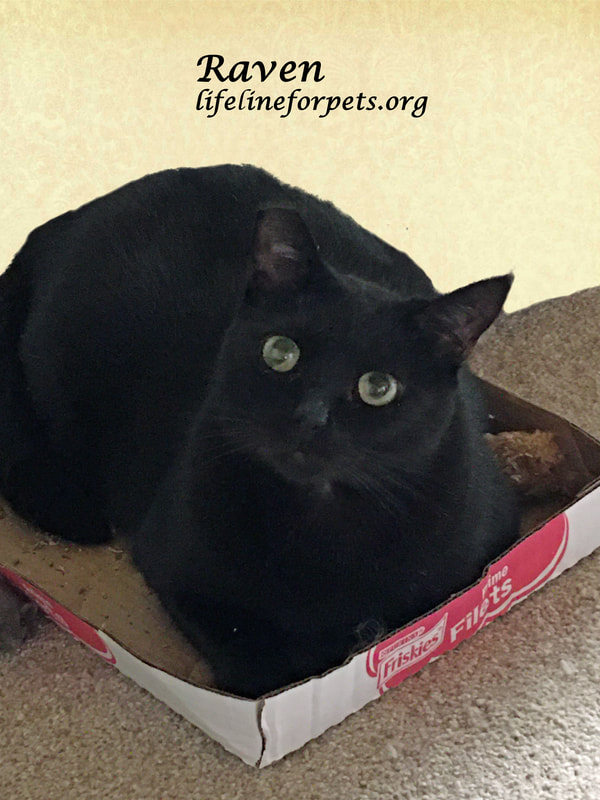 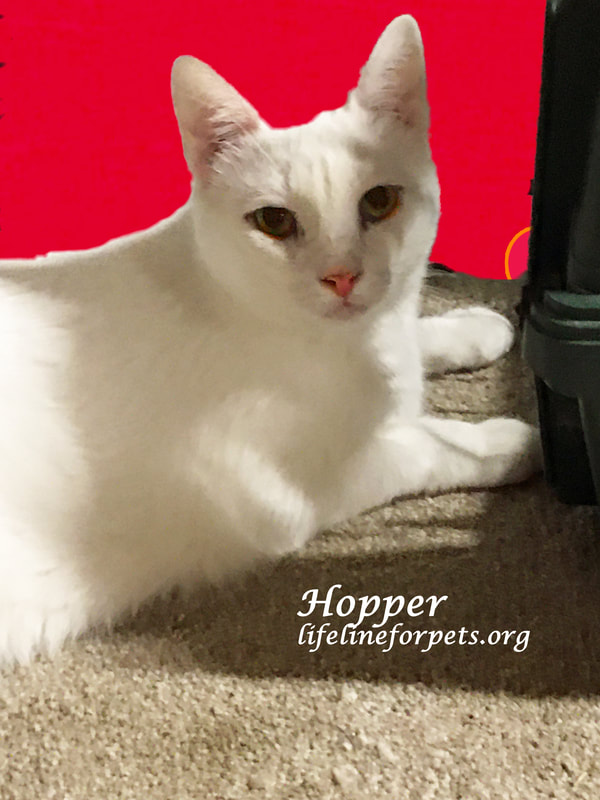 Sneakers (nickname: Charlie Chaplin) loves his life of leisure, napping in one of his favorite perches or sitting on his foster mom’s lap. His favorite thing in the world is dinner time, although getting brushed runs a close second. He will happily curl up for twenty minutes or more, purring madly, while he’s being groomed. Sneakers was rescued from a life outdoors and although he appreciates his cushy life indoors, he does occasionally try to get outside again. He is being fostered with Lenny (also adoptable) and he and Lenny spend their days together, napping together, birdwatching together, and lining up together at meal time. Sneakers is okay with other cats as long as he has enough space to himself (Lenny is the exception) and he is shy with new people. If you’re looking for a gentle giant with a big purr, Sneakers is your guy. 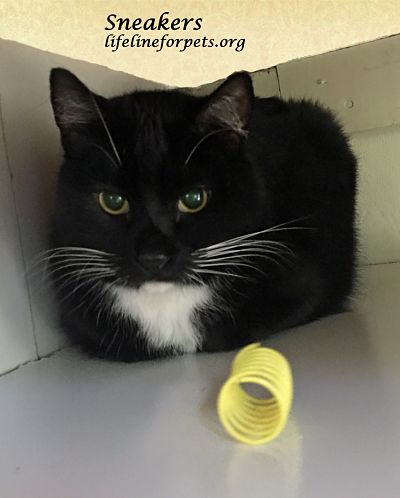 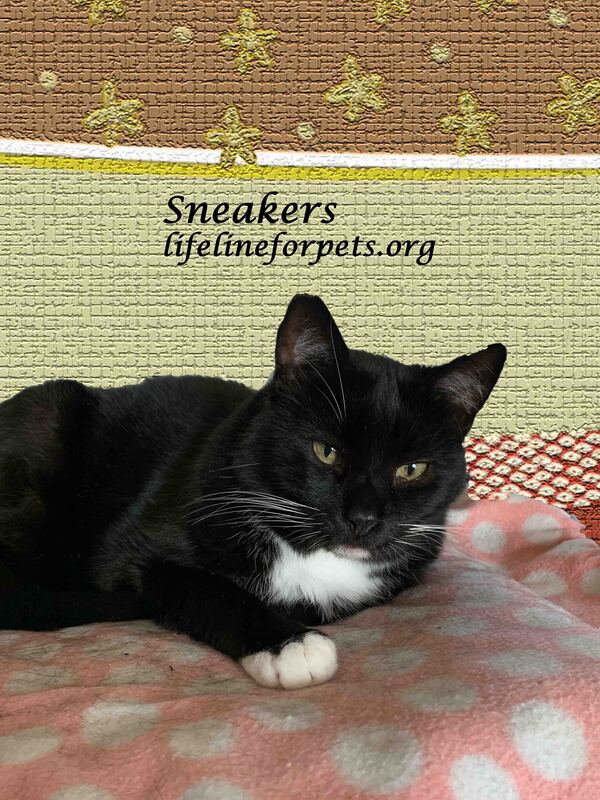 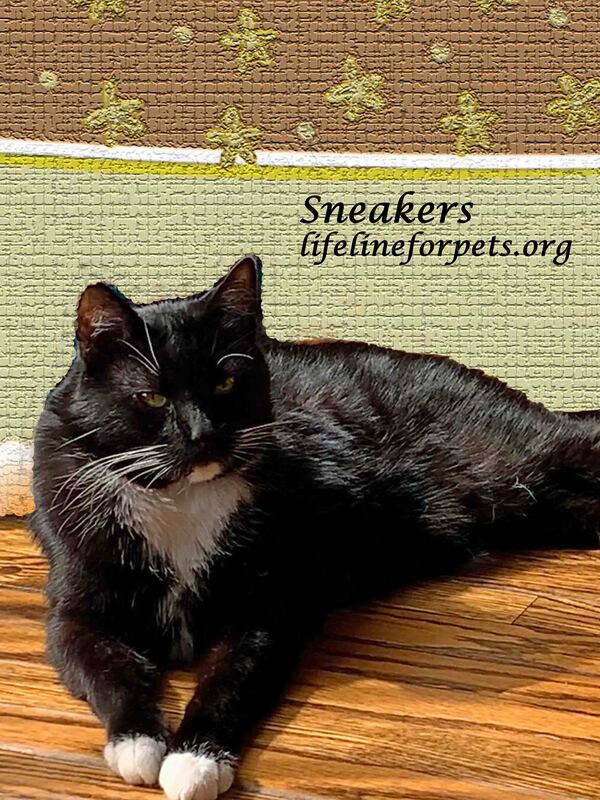 BEST IN BLACK!
Black and dark tortoiseshell cats are often hard to place and are adopted half as often as others because they don’t “show well.” People tend to pass them by at adoption events. Please consider adopting a black cat--we have some of the sweetest ones you’ll find, both young and older.
And, if you're still not convinced, check this out . . .

Be sure to check out our Young Cats, Senior & Special Needs and Shy Cats pages!